Playing the blues, the greens and the reds with cellulose-based structural colours 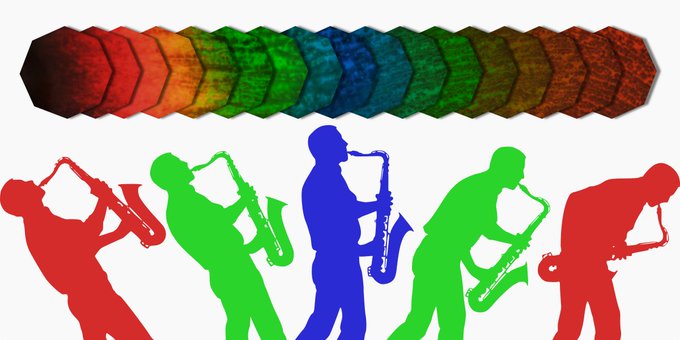 "Structural vivid colours can arise from the interference of light reflected from structures exhibiting periodicity on scales in the range of visible wavelengths. This effect is observed with light reflected from cell-walls of some plants and exoskeletons of certain insects. Sometimes the colour sequence observed for these structures consists of nearly circular concentric rings that vary in colour from Red, Orange, Yellow, Green, Cyan to Blue, from the periphery to the centre, similarly to the colour scheme sequence observed for the rainbow (ROYGB). The sequence of colours has been found for solid films obtained from droplets of aqueous cellulose nanocrystals (CNCs) suspensions and attributed to a “coffee ring” effect. In this work, coloured lyotropic solutions and solid films obtained from a cellulose derivative in the presence of trifluoroacetic acid (TFA), which acts as a “reactive solvent”, are revisited. The systems were investigated with spectroscopy, using circularly and linearly polarised light, coupled with a polarised optical microscope (POM) and scanning electron microscopy (SEM). The lyotropic cholesteric liquid crystalline solutions were confined in capillaries to simplify 1D molecular diffusion along the capillary where an unexpected sequence of the structural colours was observed. The development and reappearance of the sequence of vivid colours seem consistent with the reaction–diffusion of the “reactive solvent” in the presence of the cellulosic chains. The strong TFA acts as an auto-catalyst for the chemical reaction between TFA and the hydroxyl groups, existing along the cellulosic chain, and diffuses to the top and bottom along the capillaries, carrying dissolved cellulosic chains. Uncovering the precise mechanism of colour sequence and evolution over time in cellulosic lyotropic solutions has important implications for future optical/sensors applications and for the understanding of the development of cellulose-based structures in nature."